Okay, video content is simply hard to produce on a consistent basis. Editing videos takes time, and doesn't allow for much interaction.

Streaming is comparatively easy, allows for audience participation, and automatically saves a video of the event. This makes it a lot easier both for me to make content for you, and for you to have your voice heard.

My friends David Phillips and Andre Doucet joined me to play the demo for Quantic Dream's Detroit: Become Human. Here is the result: 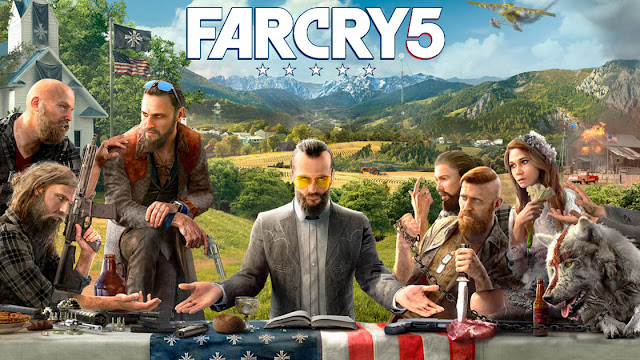 I make no secret of the fact that Ubisoft and I have an on-again, off-again relationship. Every now and then they create a game like Assassin's Creed: Origins, that I can easily sink 50+ hours into without thinking -- sure, it may have its flaws, but there's clearly a level of love and care imbued into the final product. Other times, they are liable to produce content like Watch_Dogs, which paints itself as a typical, by-the-numbers open-world revenge story that left me sour and disappointed. From my previous experiences with 3, 4, and Primal, I was expecting the fifth entry in the Far Cry franchise to be dumb but otherwise milquetoast: A decent open-world shooter with a story that brought up some interesting ideas that ultimately go nowhere.

Instead, what I received was one of the worst stories I had ever seen in an Ubisoft game. Even more than the villainous Aiden Pearce in Watch_Dogs, Far Cry 5 left me contemptuous and ultimately resentful of the direction the developers chose to go. There are some very dangerous implications behind the story, particularly the ending, and they need to be discussed. (Though it goes without saying, there are spoilers abound, so read at your own risk.)
Read more »
Posted by newdarkcloud No comments:

#117: What Can the Dominaria Leak Teach Game Publishers? 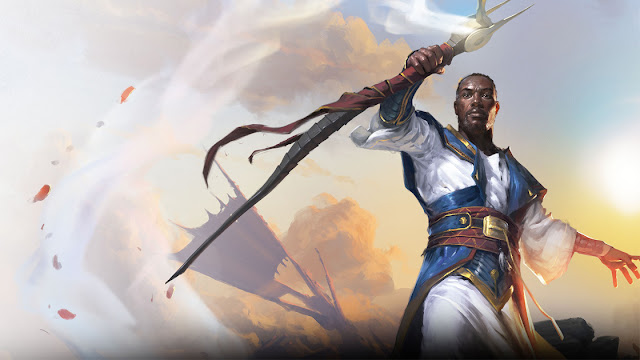 The game industry is notorious for a number of problems, one of them being an almost complete unwillingness to let any information slip out even a second before schedule. But almost paradoxically, despite this level of secrecy, leaks are commonplace. Gaming journalists like Jason Schreier and Laura Kate Dale over at Kotaku have broken stories of upcoming projects, games, and announcements with great accuracy, and before the publishers in question wanted the leaked knowledge to go public.
That said, video games are not the only source of entertainment with such unscheduled reveals. Early last month, one of the oldest collectible card games around had a premature disclosure. Before the leak, it was widely known that Magic: The Gathering's next set of cards would take place in the plane of Dominaria, but one of their offices in China erroneously sent out specifics on what cards would be contained in this set, along with mechanical or verbiage changes that would be in effect going forward. I'm not interested in discussing the leak itself in any significant detail. Instead, I want to discuss the response from the company that makes Magic, Wizards of the Coast(WotC), and how they provide a stark contrast to how the game industry handles similar events.

Yet before we do, it's important to understand how the game industry tends to act when details are revealed to the public before their intended date. When leaks happen, the first thing publishers almost always do is deny it in very specific terms, or go radio silent. Before her current job at Kotaku UK, Laura Dale was a journalist working for Destructoid UK, where she disclosed that a new DLC project, titled Rush of Blood, was coming to Until Dawn for the PlayStation 4's VR headset. The developers, Supermassive Games, hosted an AMA on Reddit shortly thereafter, where they both declined to comment on the story and specifically stated that there was “no DLC” in the works.
To most people, that reads as if the story Laura Dale reported had no basis in reality, but that would've been a misconception. Until Dawn: Rush of Blood was absolutely being developed for PlayStation VR. The difference is that it was never going to be a DLC for the base game: It was a stand-alone. Technically, no lie was ever spoken, as the claim that “no DLC” was being developed was completely true. Still, rather than just reveal that game's existence, both Sony and Supermassive Games deliberately tried to obfuscate the truth of the matter. In the similar case of premature release of the PS4 Slim, Sony took the less egregious path of just declining comment.
Denying the story isn't the only thing publishers are viable to do in response. Occasionally, punitive actions are taken against the outlet who released the information. Historically, this comes in the form of blacklisting said source, refusing to answer inquiries from them and/or give them pre-release product for the purpose of review. Kotaku has famously been the victim of several such orders, with Bethesda as a result of their Fallout 4 leak and Ubisoft after Assassin's Creed: Victory (later Syndicate) details were disclosed prior to the game's official announcement. Laura Dale faced similar stonewalling from Nintendo after uncovering the existence of the Switch. While these companies are obviously within their rights to refuse requests for comment, deny rumors, or to hand out review copies, it frequently comes across as needlessly combative.

Which brings us back to Wizards. Shortly after the Dominaria spoilers came to light, translated within days after its release, WotC wrote a blog post on their website about it. Rather than pretend it didn’t happen and sweep it under the rug, they publicly acknowledged the existence of the information. In order to avoid potential confusion, mistranslation, and idle speculation, their team opted to provide official copies of the leak's contents in various languages. This isn't to say that they were happy it happened, and even in their acknowledgment WotC says they are disappointed in how this information came out, but they were able to roll with the punches. There were even plans to accelerate the pace of the reveal until the fans themselves said that while they were excited: They still wanted something similar to the “usual” hype that surrounds a new set being released.
Admittedly, I and many of my friends who play Magic would not have heard about these leaks without Wizards official acknowledgment of them. That said, most of us had our own separate reactions to it. Scouring through list of new cards, I was already starting to plan new decks, and modifications to decks I had already built. I and one of my co-workers began to talk about how some of the new rule changes could impact the games we play over lunch. Some of my gender-nonconformist friends latched onto the fact that “he or she” would be replaced with “they”, both reducing the wordiness of card text and subtly acknowledging the existence of the gender spectrum. There was a lot to talk about, and almost all of it was positive. Despite the way it came out, it was still cool to have the “hype train” start a little early, and all of us were excited to see what else would come.

My point isn't that game publishers necessarily have to go public and admit the full details of every project that gets leaked. WotC didn't even do that. They kept more than a few details, like the art for the cards, secret so they still had something to surprise their audience with. That said, this incident clearly shows that there is room to handle these kinds of disclosures tactfully. What Wizards did that the game industry rarely does is seamlessly transformed it into part of their marketing. It didn't even require them to make any actual changes to their official release schedule. As someone who watches the game industry struggle to deny and rebuke information that is so obvious to the rest of us, it was more than a little refreshing to have a major corporation go “Yeah, it's a real leak, and it sucks. That said, it could be worse.” Leaks happen, and the industry at large could learn a thing or two from WotC about how to handle themselves when they do.

Posted by newdarkcloud No comments: