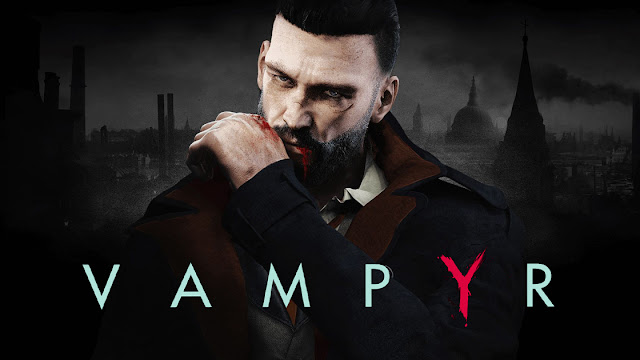 When I popped the disc for Vampyr into my PS4, I wasn't entirely sure what I should be expecting. I knew the broad strokes: That I was taking the role of a surgeon, newly turned into a vampire during the Spanish Flu epidemic in 1918 London. But beyond that, I knew nothing about the what the game could be. Starting a New Game, before I became a creature of the night, a message popped up on screen:

“In this game, difficulty is tied to your actions. The more lives you take, the easier the game will be.”

Without knowing it, I was already introduced to one of the most fascinating concepts in Vampyr. Other vampire games before this have tried to capture the constant push and pull between a bloodsucker's need to maintain their humanity and their need to feed. Vampires: The Masquerade – Bloodlines, for one, did this through the “humanity” mechanic inherent to the tabletop RPG series it draws from. The way Dontnod's Vampyr chose to systematize this inherent push and pull has stuck with me long after I finished my adventure because of how clever and unique it is.

Being an action RPG, players gain experience in the process of playing Vampyr for completing quests, advancing the story, and helping out the people of London. However, these sources are finite and the amount of experience gained from fighting enemies in the streets is minuscule. While players can use them to gain power, they will eventually find themselves several levels behind their foes. Defeating these enemies is still possible, but the damage bonus afforded to the hunters, rogue vampires, and assorted beasts of the night for being higher level reduces the player's margin for error. Mechanical skill can make up for the difference in power, and weapon upgrades can help close the gap. Yet even the best player will die many times due to the difference in damage output. Death may be temporary, merely costing a percentage of blood points to revive at the latest checkpoint (which are mercifully plentiful), but it is still a setback. To truly even the odds, it is necessary to imbibe the blood of the innocent.

While the story has newly undead protagonist Dr. Jonathan Reid work to uncover the source of and stop the Spanish Flu epidemic, the true conflict is between the player's competing desires to grow stronger to more effectively combat the above threats, and to protect the citizens of London. There are 4 districts that the player will travel to throughout the course of the game, and each of those districts has a health meter for how healthy the population is. By healing the sick and saving people from the predators that stalk the night, players can improve the health of each district and the lives of the people within. If an area's population gets too feeble, then they'll no longer be able to defend themselves and vampires will quickly overrun the area: It’s population either dead or turned into undead abominations.
Each citizen also has an amount of experience that they can impart to the players if they are drained of all their blood, an act the game refers to as “The Embrace”. While this heinous act can empower Dr. Reid, it comes at a dramatic cost to the well-being of the community, reducing its overall health. The more influential the person is to the community, the more experience they are worth, and the worse off their neighbors will be for their absence. In this way, we as players feel Dr. Reid's struggle between his profession and his vampiric nature through the mechanics of the game itself. By abstaining from human blood, he is deliberately hindering the development of his powers. However, embracing his true nature is a fundamentally destabilizing act, especially while the city is in the throws of one of the worst biological disasters of all time.

Yet that is only one way that Vampyr emphasizes this conflict of character. Players do not simply level up once they meet experience threshold like in many other RPGs. To cash in on all the upgrades they can afford, players need to seek asylum in one of the many hideouts scattered across the city and spend the day resting. Unfortunately, time does not stand still for the world outside while they are sound asleep. The people of London act out their daily routines during this time, and that's when the effects of Dr. Reid's nightly activities start to make themselves known. If the player has been treating people's illnesses and reigning in the impulse to feed, they'll see the health of each borough improve. If they've been neglecting their duties or feasting upon the populace, then the regions will suffer and may fall if left unchecked.
Time doesn't advance until the player rests in this manner, so by spending experience to grow stronger, players expose the city to the risks that their actions have opened up. Even if they've been a perfectly good steward to the civilians, the people may still grow sick as a result of their daytime activities. This means that even the player who chooses not to feed needs to be careful of when and how often they rest, lest they need to “make the rounds” and spend too much time and resources so that London remains healthy. In this way, Vampyr even makes the passive accrual of power a risk to the population, and exacerbates the consequences of unchecked hunger.

One of the first things that Vampyr teaches players about it's version of its titular monsters is that they do not necessarily need blood to survive. They are immortals, and aside from their own weaknesses, they will endure. That said, blood allows them to stay strong and use the powers that their undying form affords them. Every part of the game is a constant reminder of this fact. Whenever Johnathan Reid talks to an innocent person, there is a HUD displaying the amount of experience their blood would confer to him. Each death, each difficult fight, and each overly long load time serve to underscore how the adventure would be so such easier if the player would give into their instinct and consume. But despite this, the only way to get the game's best ending is to endure. Only by affirming their strength of will, and resisting this nearly constant temptation, the player can prove that they held onto their humanity even through the worst of it. That is the strength of Vampyr, and why it shines as one of the best examples on how to mechanically capture the horror of the titular (yet archaically spelled) bloodsucker.