When it comes to Magic: The Gathering, one of my favorite experiences is finding a silly concept that has enough support in the cards to become a competitively viable deck. Way back during in the days of the Closed Beta, the deck I played most was based on Muldrotha, the Gravetide. While not a competitive deck, it played well enough and gave me a ton of fun.

While this Simic Flash deck doesn't offer Muldrotha's sheer recursive power, it's in the similar vein of fun concepts that seem like they shouldn't work, but actually gels into a coherent package that can absolutely end games. On top of that, it fits the kind of reactive playstyle that normally gravitates me toward control decks like Esper and Grixis builds.

You check out the decklist here. Since this version is being used in best-of-one matches, I opted to ignore the sideboard, but the main deck is actually pretty cheap, consisting mostly of commons and uncommons (mana base aside).

Out of the blue, a few weeks back, I got a message from an old friend from high school. After talking with him for a bit, I agreed to join him and a friend of his for a one-off game session. When he said he wanted to play Warframe, I was intrigued.

Several other people I know are head-over-heels in love with the game, and I figured I'd give it a shot to see if it was something I might be into. And, of course, I streamed it for everyone to see.

#123: The Elder Scrolls IV: Oblivion and My Transformation Into a Monster 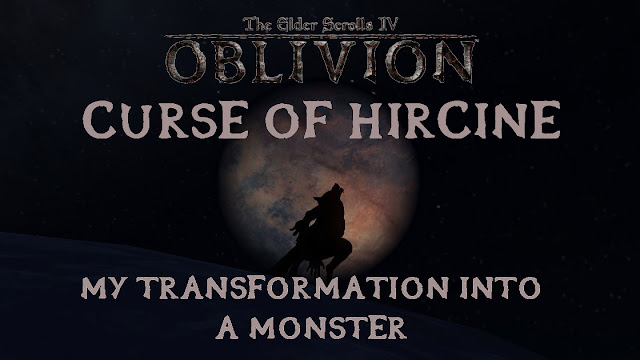 If you've ever had a conversation with me regarding The Elder Scrolls series, you'll know that my favorite game in it is Oblivion. I think it has some of the best quest design in modern RPGs, and still plays well today, even if its visuals are dated. Since I had some spare time over the summer, I decided it would be a good idea to download the PC copy I purchased years ago and replay the game. Unlike my previous runs, which have always been on PS3 since that's all I had at the time, I went in with the benefits of mods.
Among the various mods I downloaded was the Curse of Hircine mod, which appealed to me for two reasons. For one, it offered a brand new way to play the game, under a set of conditions I am not used to. And on top of that, I am furry trash who relishes in the idea of transforming into a big, strong werewolf. However, not even I would have been able to predict the end result from installing one, single mod. What follows is a chronicle of my journey into the darkness, embracing the animal my character had become.

Despite having one of the worst, most corrupt partners in the entire LAPD, we join detective Cole Phelps in attempting to crack down on corrupt drug trade.

But no crime can escape us so long as we're to do a bit of Detective Work - LA Noire.

Core Set 2020 has finally dropped in Magic Arena, and new decks are being developed as I write this. However, as I'm coming back from AnthroCon, I didn't have much time to build a new construct of my own.

So let's run a favorite deck of mine, Grixis Control, and see what new strategies people have come up with in the downtime. You can find the deck I piloted here, if you're interested. (I can't take credit for it.)

Our adventures in the seedy underbelly of LA continue as we throw our lot in with one of the most corrupt cops in town. It's up to us to bring some professionalism to this relationship as we perform... Detective Work.

I'm always eager for another reason to reinstall and open up Hitman 2 again, and a new level seemed like the perfect excuse. Even better, turns out that new level continues directly off of the campaign from the base game, so let's get right to it.