It's a new set, and a new season of decks to play around with in Magic the Gathering: Arena, with the release of Ikoria.

Since one of my favorite decks since the support for it was added in Core Set 2020, the Flash deck, got some shiny new tools, what better way to start the season off than by playing around with these new tools, even if it seems moving from Simic to Sultai.

While I must credit this deck for the core skeleton I based my own on, I ended up heavily modifying it to create my own version, which is the one used in this video.

What is this? Are we actually back? After spending... *checks notes*... almost half a year on indefinite hiatus, I think it's finally time to bring Commander Night Playback back to the masses.

For those of you who aren't familiar with this series, our objective is to recap and do a postmortem analysis of the Commander games my playgroup run on Cockatrice every Saturday. This session had me equipped with one the newest commanders from Commander 2020: Xyris, the Writhing Storm.

I had run this deck in the previous session. Thanks to some bad luck with my draws, I wasn't able to secure the land drops required to even garner a board presence, let alone win the game. It was worth running again just to see if it would perform better with a more fortunate hand. My opponents this time were running Jarad, Golgari Lich Lord and The First Sliver respectively. 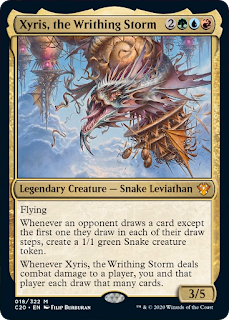 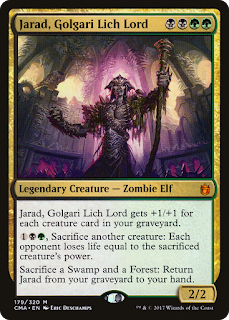 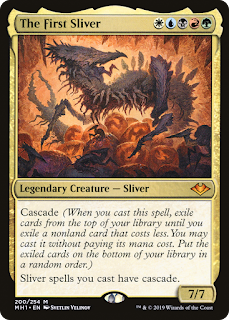 Our elusive Egg Hunt continues, and today we complete Midday Gardens fully, and get as much of Evening Lake done as we possibly can before the next boss fight.

Fun fact: Evening Lake is the only hub world in the entire trilogy that has portals underwater.

In League With the Legends - Ezreal Karma and Corina Control

Another Runeterra stream, and another two fun decks to experiment with. And as a master of the long game, I'm naturally inclined towards those lovely control decks.

Ezreal has become one of the most well-known control finishers, so it was only a matter of time we'd try one of his variants. All we have to do is hit enough of our opponent's units with our effects to transform him, which will allow us to just play our hand out to end the match.

But there's another new contender on the block in the form of Corina Veraza, who can absolutely decimate an opponent if the game goes late with a powerful board clear ability. If that doesn't just end the game, it'll open up the way for us to close it with some of our other effects.

Thanks to MobaLytics for providing a handy list of cool decks for me and everyone else to try out, like the ones seen in this video.

We're still on the Legends of Runeterra bandwagon, and I don't see us stopping anytime soon. This game has really caught my attention, and it's still amazing what Riot has managed to do with the Collectible Card Game genre.

And of course, we wouldn't be on brand if I didn't eventually try to run some form of control deck.

As a reminder, I get all the decks I run from MobaLytics.

On this Easter Sunday, I can think of no better way to celebrate than we going to hunt for eggs...

Dragon Eggs, obviously. Spyro still needs our help to have the next generation of dragon kind. What did you think I was talking about?

Giving the sheer number of decks that I have piloted in Magic the Gathering: Arena, it was only a matter of time that I would eventually give a version of this deck a shot at some point. No matter the Standard, this archetype always exists.

That's right, we're playing Mono-Red/Red Deck Wins. Our goal is to play a bunch of cards and turn them sideways.

The decklist can be found here.

At long last, our Disney/Marvel overlords have seen fit to deliver new campaign content to Marvel: Ultimate Alliance 3 in the form of the game's final planned update for the Expansion Pass. This time, instead of a series of challenges, we have an almost two hour long campaign that takes place after the events of the main story.

As always, my Marvelous Duo teammate Acharky joins me for one more adventure.

While it's been nearly a month since the last time I talked about Legends of Runeterra, I've still been playing it regularly. And as my interest in Magic the Gathering: Arena's current standard declines, it's begun to take up the slack as my new "primary" digital card game.

That doesn't mean Magic: Arena gameplay is going to stop, but it does mean that it'll be slowing down for a time, until something shakes up the current meta.

With that said, I'm head over heels for Runeterra. It's such a breath of fresh air.

The decks I play with are taking from the meta tier list at MobaLytics.

If you're interested in running them yourself, the codes to import them are below: