We find ourselves once more into the Dragon Realms, after our second stint in the Australian Outback. After our last adventure, the land was at peace, yet that can't last forever. Lo and behold, a new plot begins to unfold.

A group of thugs from a far away land have spirited away this year's brood of dragon eggs, and the holes they crawled in through aren't big enough for the dragons of this land to burrow through. Fortunately, our young, intrepid Spyro is just the right size, and with enough experience under his belt to take on one more quest.

Off we are to the Forgotten Realms, on an Egg Hunt of grave import.


Since we've already obtained Shelia, I'd like to take this time to explain why I'm not fond of the new design. It has less to do with the design itself and more to do with how it doesn't really convey the same spirit of the base design. 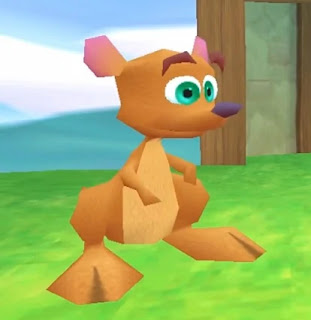 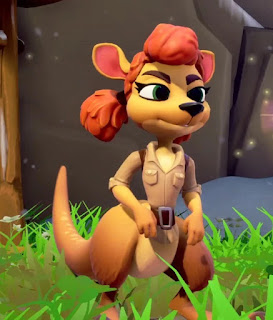 While the new design looks great, it's also much more traditionally feminine coded than the original model. Something I liked about how Shelia was portrayed in the PS1 version is that she was clearly feminine in the way she spoke and acted, but the model itself was more androgynous in its appearance. The Crocodile Hunter-esque direction is nice, but I think I could without the "dolled up" hair that she was given. There's nothing wrong with it. It's just not what I wanted.

That's something of a running theme with Spyro 3. We'll see it more as we progress through the game, but Year of the Dragon is a game full of gimmicks. From the extra characters to the plethora of mini-games, there are tons of moments where the game introduces a brand-new control scheme wholly unlike any that came before for a single side-objective. They run the gambit of poor to great, but that's not really the problem. The problem is that they come at the expense of the core platforming, which is the reason I play these games at all.

I don't blame the development team for this, because they were doing what they could to add something different to the game. Members of the team have publicly said the reason they moved on to Ratchet and Clank is because they were out of ideas on how to expand Spyro's moveset. It's just something to make note of.
Posted by newdarkcloud