Everyone's had that experience where certain commanders just end up fundamentally warping the game around their abilities. Like that Lavinia, Azorius Renegade player who you just know is playing the Knowledge Pool combo or my own Marisi deck who forces the rest of the table into uncomfortable combat, these are commanders that immediately telegraph that you're not in for a "normal" game of Commander.

Out of the three players who were in the match played, two of us were using such commanders. I was one of them, using a new flying "tribal" deck I had built around Inniaz, the Gale Force. The other game-warping commander was Zedruu, the Greathearted. And our third player had Kess, Dissident Mage as their general. 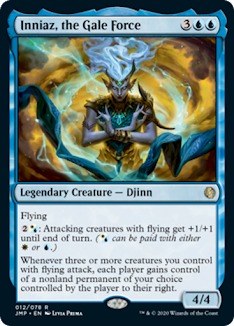 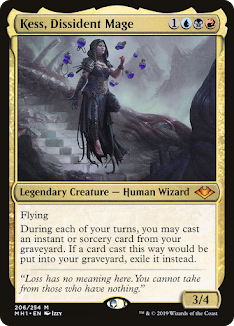 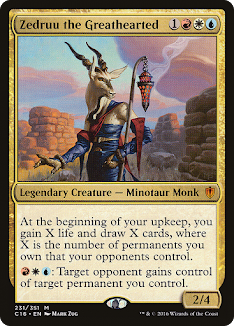 Unfortunately for Zedruu, they had problems out of the gate. By turn 3, they were already starting to miss land drops, causing them to fall quickly behind the rest of us in terms of mana. Their saving grace was that, once they managed to get their third mana source in play, they started placing pieces on the board they effectively hindered us. Cards like Meekstone, Eidolon of Rhetoric, and The Tabernacle at Pendrell Vale meant that both Kess and I weren't able to be as aggressive as we would have wished. 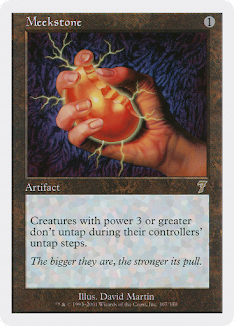 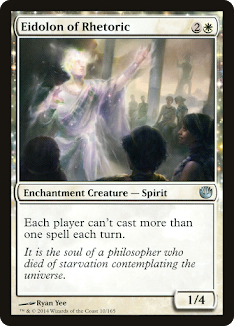 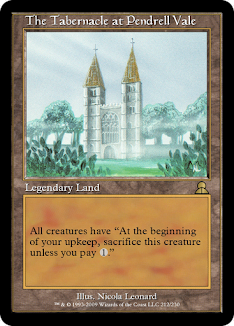 This was particularly vexing since I had a Serra Ascendant on board and I wanted to swing in to get my life total nice and high. The other notable card, aside from Inniaz herself, that I managed to stick in this early stage of the game was my Thopter Spy Network. Thanks to the mana rocks on my board, I was able to start building up an army of flying creatures weak enough to dodge the effect of Meekstone, even when bolstered by Favorable Winds. 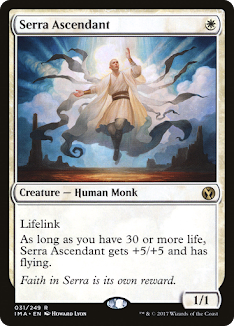 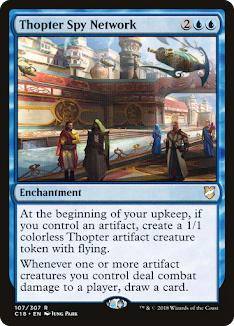 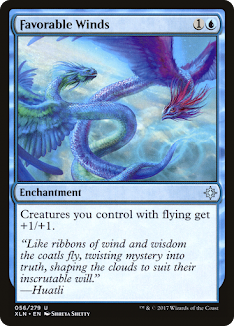 I also tried to cast a Moat, but Kess Disallowed it before it could resolve, with protests of "I need to be able to attack" and "most of my creatures don't have flying". Seems unfair to me, but what can you do? 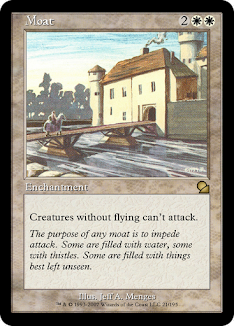 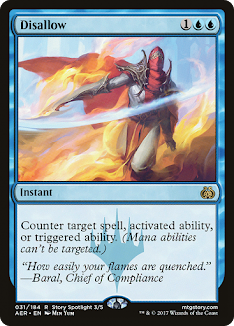 And really, that was what Kess was doing best in this early part of the game, using removal to make their influence known. Using Chaos Warp on The Tabernacle, Deadly Rollick on my Serra Ascendant (and later Inniaz thanks to Kess's ability), and later using a Reforge the Soul after Rifting all of our cards back to our hands to reset the game board. 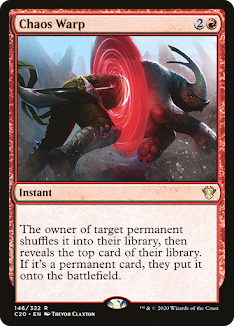 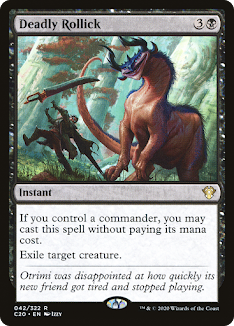 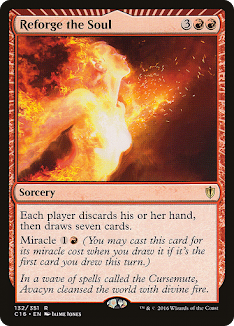 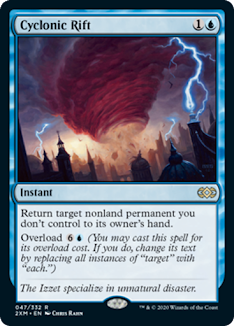 Fortunately, one of the cards in my new hand was a Time Wipe, which equalized the playing field. I was able to cast my Thopter Spy Network again before Reforge the Soul was casted, letting me keep one of my most valuable pieces. That said, I was starting to fall behind, which allowed both Kess and Zedruu to make their moves and build to their end games. 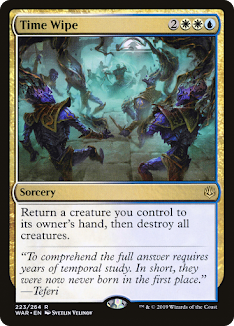 Kess was by far the more visible of the two threats, creating an Army of the Damned, which neither Zedruu nor I could deal with since we were out of board wipes. Since I had already demonstrated Inniaz's power prior, and had a Luminarch Ascension on board, those zombies naturally found their way to me. I wasn't dead, but I was in a bad situation. 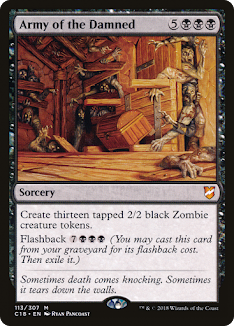 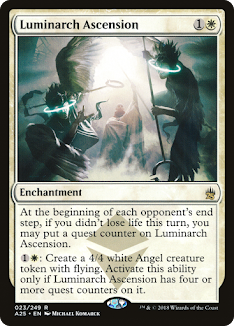 Seeing that Kess had my number, Zedruu chose that moment to unleash their own move as well. After playing their commander on the previous turn, they used the mana they had finally managed to accumulate taking the following course of action.

First, they began by casting Illusions of Grandeur to give themselves an extra twenty life. Then, they used Zedruu's ability to give control of it over to Kess, which meant that Kess would be the one to lose twenty life when it leaves. And finally, with Grasp of Fate, they exiled both that and my Luminarch Ascension to bring Kess down to 4 life, while I remained at 6. And while that was certain a terrifying situation, it also brought me exactly the tools I needed to keep myself in the game. 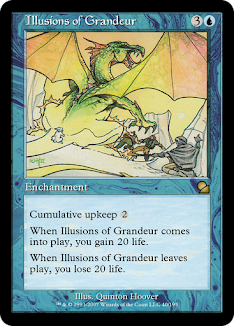 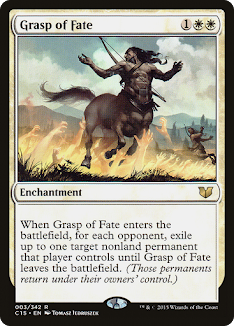 With my Spy Network in play, and a number of cheap creatures, I was ready to start swinging with Inniaz again. Kess threatened to destroy her before combat so that I couldn't get the trigger, but I was ready for that eventuality. Not with a counterspell, or any card for that matter, but with an ultimatum.

If we were playing with webcams, I would have looked Kess dead in the eye as I told her that unless Inniaz gets an attack trigger, Zedruu had a 100% chance of winning the game before their token army had the chance to finish both her and myself off with another Illusions of Grandeur transfer. Obviously, this is something I selfishly pointed out to my benefit, but she also knew that I was telling the truth, and so my combat proceeded unhindered.

By taking control of Zedruu, handing a useless token over to Kess, and moving a zombie over to Zedruu's board, I bought both of us another turn. Zedruu was the linchpin, allowing the deck transfer cards over to other plays to suffer their downsides. In robbing her of that piece, I bought the rest of us enough time to keep going.

At that point, my plan was to team up with Kess to at least get Zedruu down to a point where they were much more vulnerable. Sadly, thanks to a Glacial Chasm, that wasn't to last. With no other target, I had to murder Kess, stealing a Linvala, Keeper of Silence from Zedruu in the same breath. 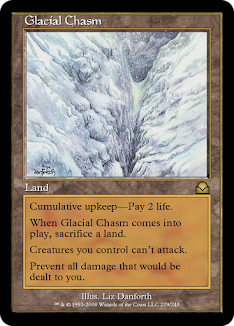 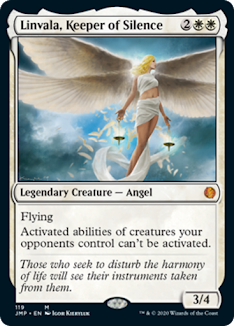 In the ensuing one-on-one, Zedruu tried valiantly attempted to turn the tide back in her favor, with powerful cards like Sun Titan to try to reestablish a board state. Sadly for her, I was able to scalp those cards by switching them for thopter tokens. The coup-de-grace was when I used that same Sun Titan to resurrect a Remorseful Cleric, which prevented them from ever trying to bring back their combo pieces with the Hall of Heliod's Generosity they had access to. Between that and the increasingly difficult cumulative upkeeps of Glacial Chasm and the Illusions of Grandeur they destroyed Grasp of Fate for, there was no chance. 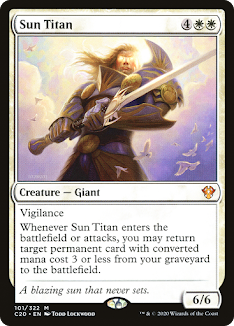 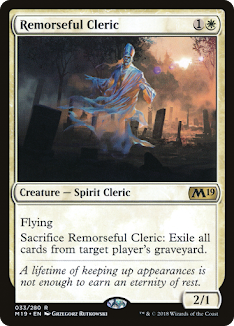 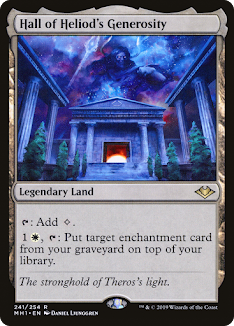 Between Inniaz and Zedruu, that was such an interesting, awkward, and well played game for all three players. Although I managed to achieve a strong enough hold in the end to win, the pendulum could have easily swung in any number of directions. As I write this, I'm still somewhat shocked that I wasn't taken out the other player, but sometimes that's just how the wind blows if you know how to take advantage of it.