After finally wrapping up Russia, the Closure Alert band returns to Taipei to finish what we started in the pursuit of the insidious unknown assassin attempting to murder Ronald Sung.

Don't forget that if you want to see content like this as it's recorded live, be sure to check out my Twitch at https://www.twitch.tv/newdarkcloud.

First off, props go to anaphysik here for his very involved research into the nature of Taiwanese/Chinese relations and the political quagmire that encompasses it. Up until he started talking about it off camera, I was completely unaware of the finer details behind it all. Though Obsidian gets a lot of that wrong, it colors the whole Taiwan section of the game in a way my younger self couldn't possibly appreciate.


As we were talking after the recording ended, he also made note that while they did mess up their version of the Taiwan/China conflict, talking about it at all is a brave and risky move. It could very easily have gotten them blacklisted in China, which would be disastrous given how large the market there is. And it doesn't feel like there was any maliciousness behind the various mistakes they made in representing Taiwan/China relations. Rather, it feels like a combination of not having the time/resources to research into the subject with an already aggressive production timeline.

The last time we were in Taipei, when we did Disclosure Alert over 5 years ago, I made a point to talk about how the entire plot behind Omen Deng makes no sense, and that's only grown more clear with time. Not only is there no reason to suspect that Deng has any involvement with Sung's assassination, but his actions are only plausible if we go under the assumption that he is involved (which, as we said in the episode, he isn't).

He has no reason to guard this thumb drive with the details behind the assassination attempt with a program that deletes the files if it gets hacked, because he wouldn't want to destroy the only proof he has to give to Sung. Further, why wouldn't he be aware that Thorton (as we will show in the next episode) went directly to Sung to share said information. It just doesn't make sense, and the fact that Scarlet is only tangentially related is such a missed opportunity, because a lot of problems would have been solved if she was more directly involved.

I wish the writing in Taipei was stronger, because there's a ton of fun stuff there. Stephen Heck, voiced by Nolan North, is a fun character. The hotel mission is one of my favorite concepts (even if the execution leaves a bit to be desired). And most importantly, I got to rub Sis's death in Albatross's face.

Anaphysik sends you this, with regards. 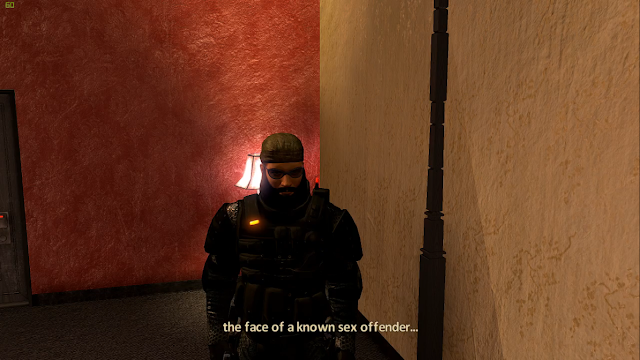